Denis Kanygin - The Science Of Kettlebell Sport - Vol. 1 and 3 $19.90
Back to products
Next product 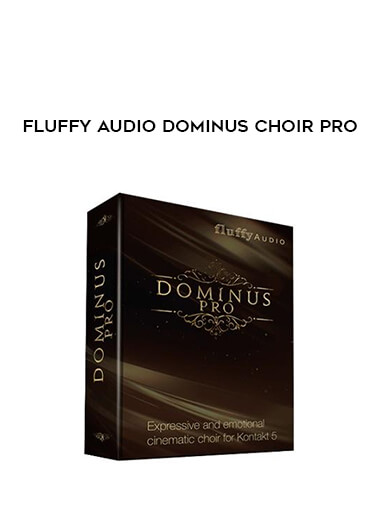 While releasing Dominus Choir two years ago, we were already looking forward to enrich it with new features. Among them, the possibility to sing in English and Marcato and Staccato articulations. By now we could say that we successfully accomplished the task.

This time, Paolo had in mind the perfect picture of how the choir library would have sung, knowing exactly how to achieve the best result; Mario Lanaro, from its first sampling experience had by that time become a true sampling-machine, with his positive attitude and attention to detail, always striving to pull out the best from the singers; the choirs themselves, with the perfect blend of experience of the oddities of sampling and the excitement for the new challenge.

From the very beginning, in Dominus Choir Pro we paid particular attention to build up exactly the same recording settings of Dominus Choir. Moreover, the days of sampling where enriched from the solid support brought by Simone Mor and Matteo Melchiori, now stable part of FluffyAudio.

Again, a big thank you goes to the two conductors of the wonderful choirs we sampled, Mrs. Jose Borgo and Mr. Maurizio Sacquegna, Female Vocal Ensemble “La Rose” and Vocal Ensemble “Novecento”; to our dear Pietro Pasquini, to Mario Lanaro and to all the people who once again supported us during these years.

…What more? We can just say that Dominus Choir Pro literally “speaks” or better “sings” for itself!

“Dominus” in latin means “Lord” or “Master”. This word can be heard in many examples of sacred Christian Music.

Despite its noble origins, the choice of the name “Dominus” was actually inspired by Dominoes, the popular game that dates back to 13th century China and which spread out to Europe five centuries later.

In facts, the way the engine works resembles this ancient game. In Dominoes you connect the different tiles according to their value. Dominus Choir utilizes an engine which intelligently connects the different syllables by the vowels which both precede and follow the consonants.

The vowels are the glue that holds the words together. This system keeps the musicality and the realism of the original sessions intact, but also gives the user complete control over the duration of each part of the words built with the word editor.

The same system flawlessly works under the score in Dominus Choir Pro, taking care to smooth the transitions between the various syllables.

In addition to this, Dominus features beautiful true-legato transitions for all the vowels in the library, capable of dealing with movements from the softest to the strongest dynamics, and, an intuitive polylegato engine that simply works as it should.

Innovative and smooth engine with easy to use GUI

True Legato for all vowels

Complete control over the duration of each syllable

Sampled in a warm hall

ability to sing in different languages

Velocity Lock for precise tweaking of each note

Many bottles of wine drunk with the male choir

– Full version of Native Instruments Kontakt 5.8.1 or above is required

– NOT COMPATIBLE WITH KONTAKT PLAYER $119.00
Add to wishlist
Start typing to see products you are looking for.